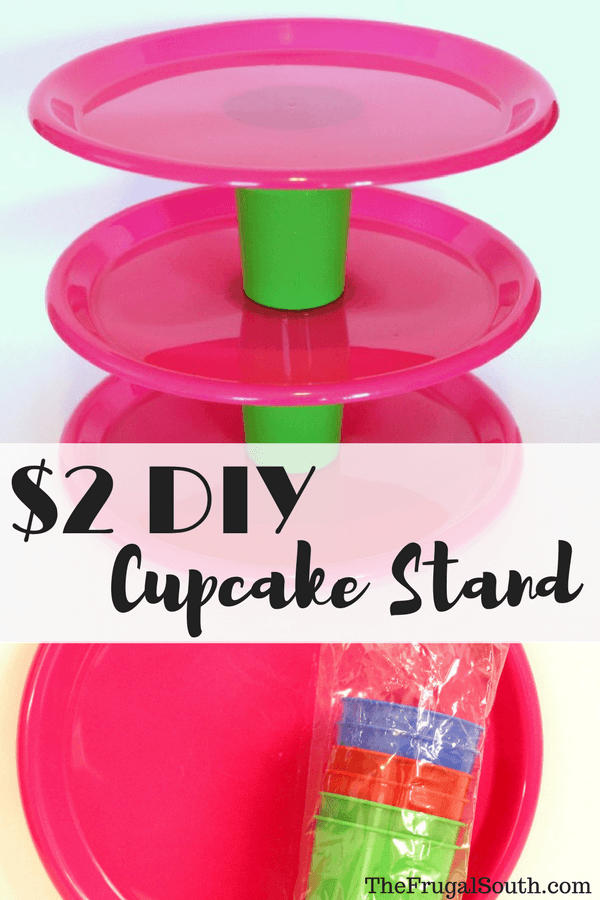 For only $2.00 and some hot glue you’ll have a DIY cupcake holder that’s sure to impress!

This project came about because I was gearing up for a little kiddo party and was in need of something to hold some cupcakes.

Of course I’m not going to shell out $20+ for a fancy cupcake stand, so I checked Pinterest for some inspiration.

I found lots of ideas for a DIY cupcake holder, so on my next trip to Dollar Tree I was on the lookout for supplies! I was hoping to find items I could construct the cupcake holder with that wouldn’t need spray paint.

I found this 4-pack of pink plastic plates and these little green cups, which would work well with our “bug party” theme.

I only needed two cups so I saved the others for serving drinks to friends when they came over. 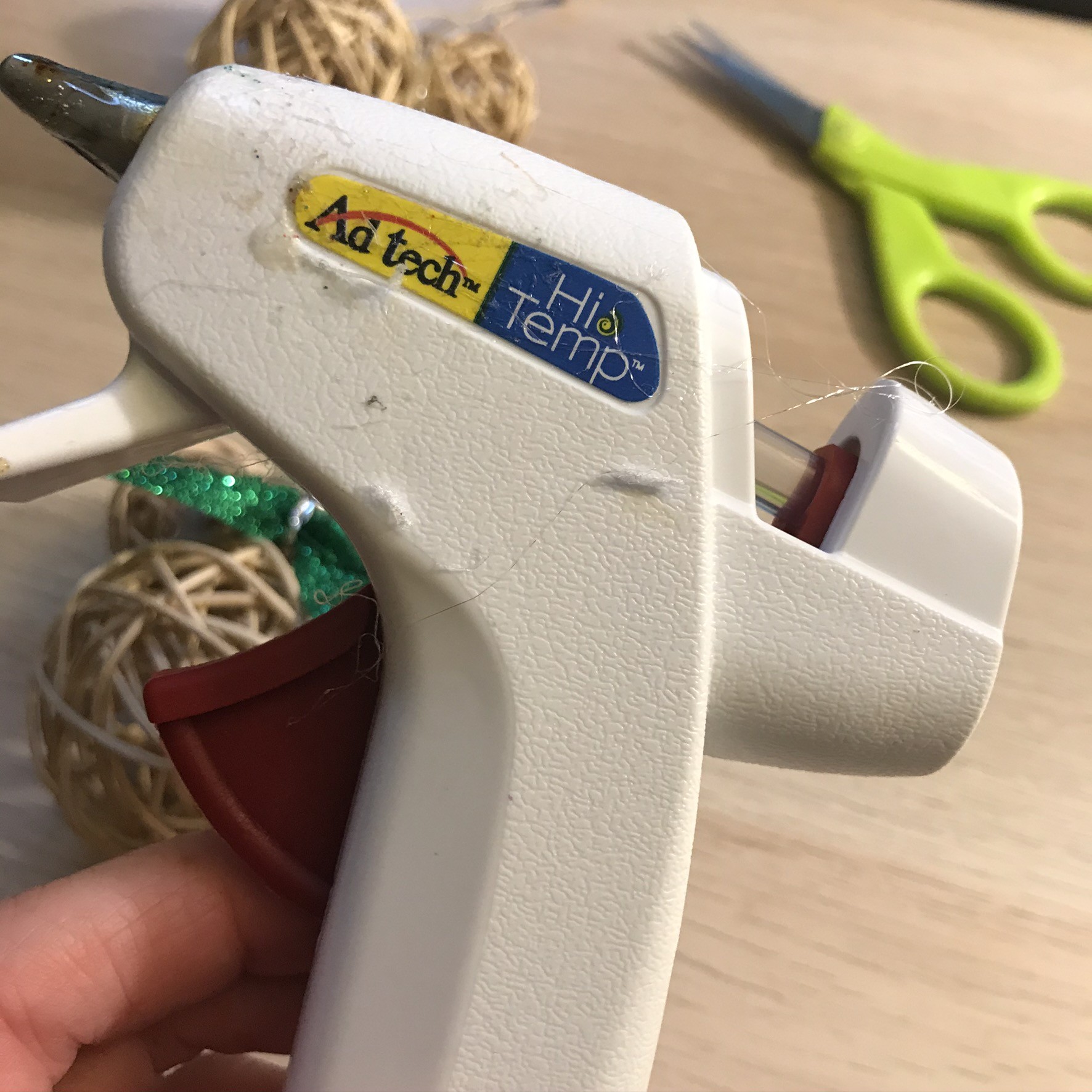 If you end up using plastic cups for this project, I would definitely recommend using hi temp hot glue.

I first used low temp and I had to glue one of the cups two times to get it to hold.

Also don’t shy away from using plenty of glue. You definitely don’t want your gorgeous cupcakes hitting the deck if you stand fails! 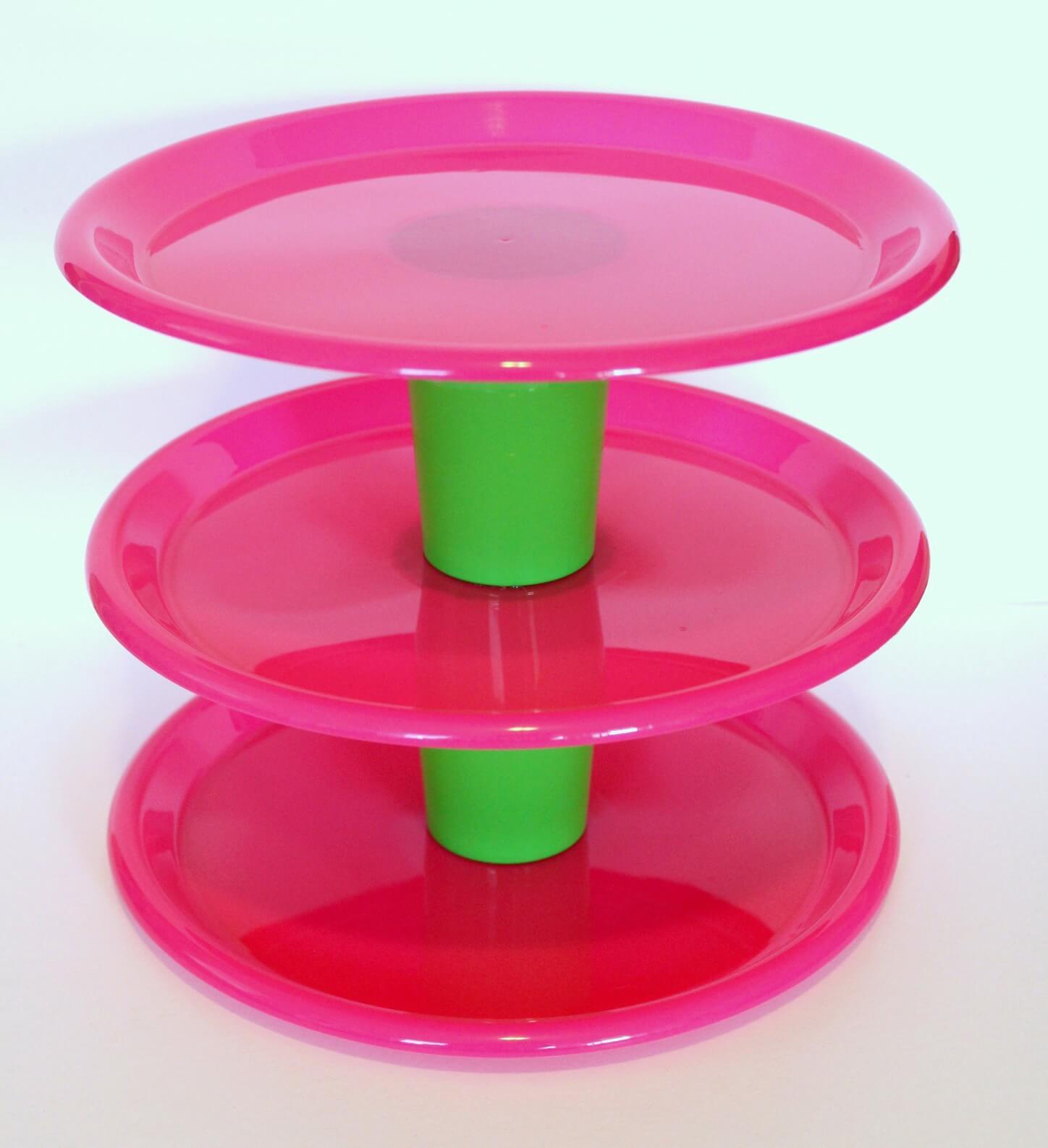 I glued the bottom of one cup to the center of a plate and let it dry.

Then I put a thick line of glue around the rim of that cup and put the second plate on top.

I repeated with another layer and the holder was done! It took under 10 minutes for this easy DIY cupcake holder.

Update: When I went to use this again a year later, all of the cups had come unglued. So I’d say that the glue is a temporary adhesive on plastic and if you want to re-use it, re-glue it. 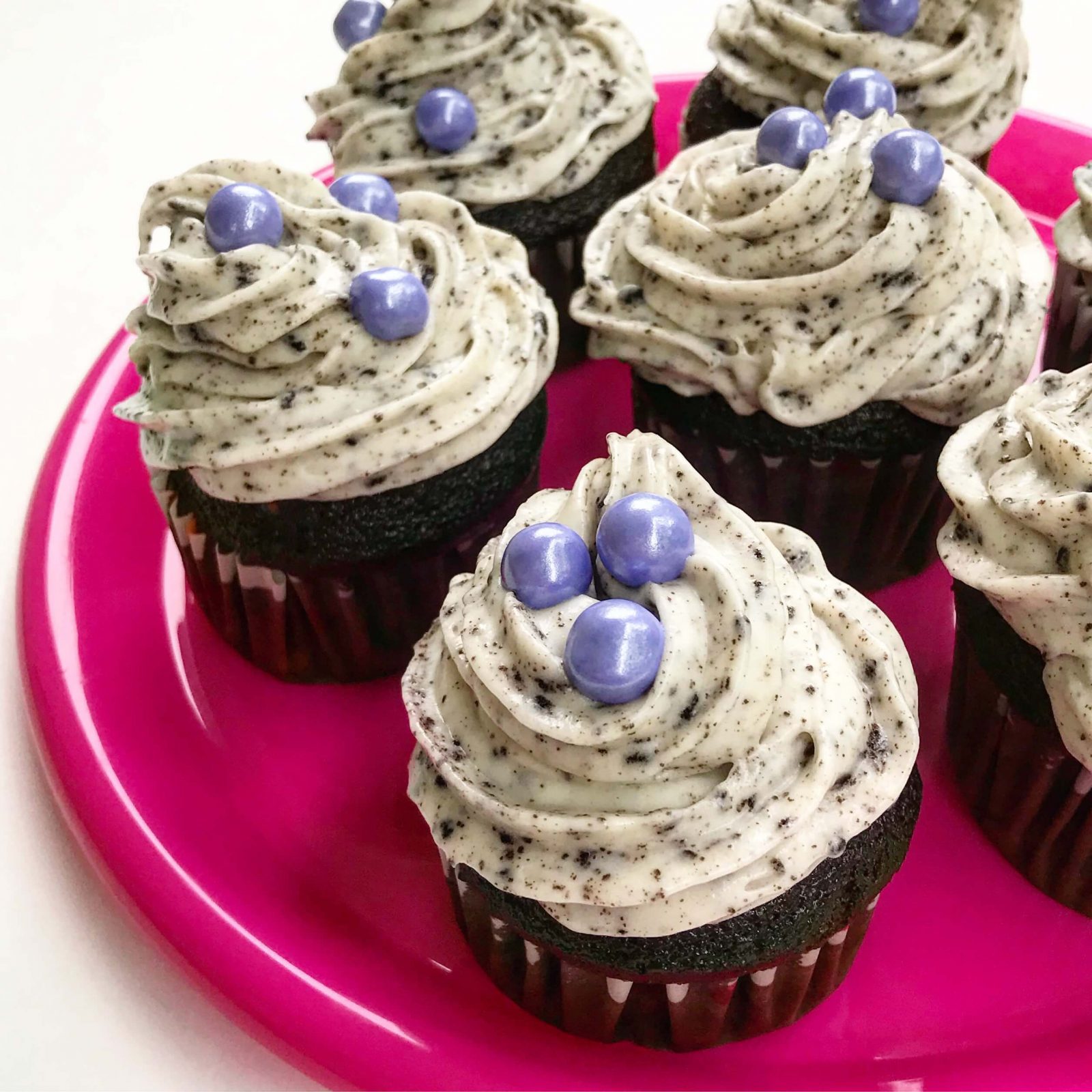 I estimate this Dollar Tree cupcake stand would hold two dozen cupcakes, like these beautiful cookies and cream cupcakes I made for my mother-in-law’s birthday.

I can always spray paint it white at a later date to make it more versatile.

I hope this helps out anyone looking to create a DIY cupcake holder on the cheap!